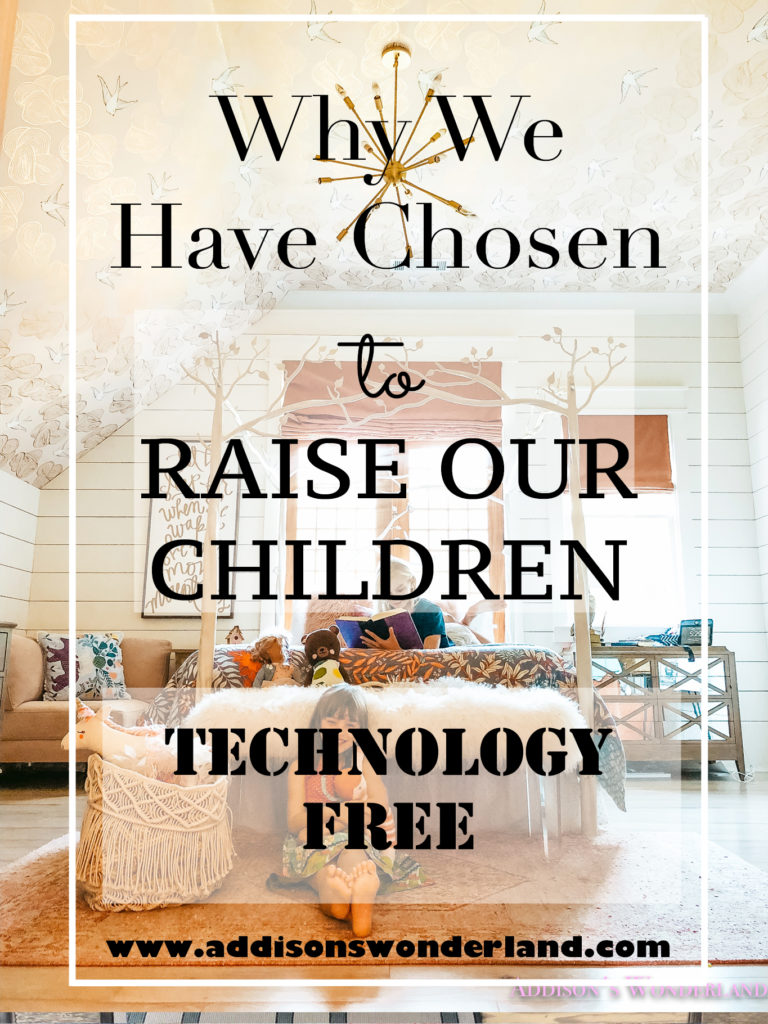 Fridayyyyy!! Whew this week has been a BUSY ONE! I started off my Monday morning crossing off to-do’s everywhere from our garage apartment that is ALMOST ready to rent… to our flip home which is ALMOST complete… to getting ready for our #ourtreehousewonderland closing! Then Tuesday I spent most of my day driving to and from our closing in North Georgia. Happy to say that we are homeowners once again! Homewoners to quite possibly the funnest renovation project we have tackled to date. AND a property that you will be able to rent soon too! Right now I am sitting at my desk literally popping back and forth between three open browsers on my laptop… this post… next week’s HUGE life update post… and graphics I am creating for our first big wine/cheese event at our kitchen/bath showroom! I have been wanting to get going on planning and creating fun parties and events for our kitchen/bath company literally for years now and just haven’t found the time! I still haven’t seemed to find the time (lol) BUT I am determined to just get it going! Our first event will be a SUPER FUN Wine/Cheese Night mid-September for interior designers in the Metro Atlanta area. If you are a designer and are local, make sure you FOLLOW OUR PAGE for all of the details which will be posted soon! Literally as soon as I complete the invite graphic. Ha!

Today I am popping in for a very impromptu post to share details on questions that have been popping up quite often lately on my IG stories… tell me more about your technology-free rules and what do they like to do for fun? Yes, you heard me correct… we have a technology-free home… for our girls. We aren’t completely archaic and do allow our girls to watch television but we have chosen to raise them without mobile phones or iPads and of course with ZERO social media. I will say first that as ironic as it sounds, my decision was in fact partly sparked by my own experience as a blogger with a career in social media. I guess it is quite the opposite of “ignorance is bliss”. Let’s just say that I have seen and heard and experienced enough to know that I don’t want my girls near what I have seen and heard and experienced. Ponder this… the two biggest tech figures in recent history BOTH chose to raise their children technology free. In addition, a former Facebook creator “expressed extreme guilt” over creating social media and will not allow his own children to use it. Even Mark Zuckerberg has said that he won’t allow his daughter to join social media until she is at least a teenager. Just thought that was quite interesting.

Let me explain… Over a year ago now, I started pondering this thought. This idea that I wanted to raise my children without technology at their fingertips for as long as humanely possible. Yes, of course they use computers and iPads and all of that jazz at school but otherwise I started envisioning this life for them without that option at home. I thought about writing some crazy long disclaimer before I really got going on this post but… I don’t really feel that necessary anymore. Anyone who knows me personally or through social media knows that I am real and honest and nice. I pass absolutely ZERO judgement on anyone who chooses otherwise. So that is that and now I will continue… Here is a really great article called “THE BEST GIFT YOU CAN GIVE YOUR CHILDREN IS A TECHNOLOGY-FREE CHILDHOOD” where she basically gives the best disclaimer that I wish I had written myself. 😉

Okay back to the one year ago… A little over one year ago now my girls and I set out on our first “Summer away”. We spent the Summer in Oregon and super crazy long story short, I saw my girls the happiest they have ever been without technology. They fought less, they were less “bratty” and I saw them truly soak in the world. They just didn’t have the time or honestly even the desire to play with their devices quite as much during those five weeks and it was AMAZING. Yes, it was a “vacation” and that makes things way easier BUT we started to continue this idea at home on and off for several months after we returned and continued to see such a change in them both. We started encouraging them to get outside more… to create and build and play more… and we even started letting them get bored. Something I swear is kind of non-existent for many kids these days including our own! And here is where I will say once again that I pass ZERO judgement on anyone who chooses otherwise for their children but as we tested this I started noticing more and more how consumed so many other children were in their own devices. It’s almost like once my eyes were opened to it, the more I saw it and the more I realized this is for sure what I wanted for my own girls.

Fast forward to the Fall of last year and I started following @collinkartchner on Instagram and his amazing efforts to spark a conversation about the effects of social media on young children. I will just say that his page is definitely worth a peek! He shares everything from statistics on the effects of screen-time on children to real life testimonials from young teens who have felt depressed and even suicidal from social media. From there, I started thinking back to literally the ONLY parenting advice my stepmom has given me over the years while raising my two much younger sisters (now 17 and 14). She encouraged me to wait as long as possible to give my girls phones. With examples from group texting “accidentally” turned gossipy and “mean”… to less focus on life and school… to girls starting to worry about things they shouldn’t even think about for a long, long time. And then let’s throw in some of the things I have gotten DM’d on Instagram over the last three years including three separate pictures of men’s genitalia (yes, it’s impossible to not see because the image is hidden until you “accept” the message which I do because everyone that follows messages me is “hidden” at first) and yes, I just felt incredibly led as a mother to make the difficult (in today’s world) decision.

January 1st, 2018 my one and only New Year’s resolution was just that… to raise my girls technology-free. Although it may seem a bit extreme, we quit cold turkey and have not looked back! We now allow them ZERO screen-time and we truly feel it has been the best decision for our children. They went from playing our phones in the car every single time we left the house to now “enjoying the view” (as Winnie says) and making up fun little word and number games on long drives. They talk to us more about school and life and friends now and they just seem so much more in tune with REAL LIFE. I would say it took maybe about a month for them to realize we were serious and to stop asking to play our phones or for Addie to stop wanting her iPad. From there, I can honestly say they have not asked even once in months AND MONTHS now! I asked Addie the other day if she missed it and she said not a bit. My family has even commented about how nice it’s been for them to come over or go out to dinner and not immediately ask to play a phone. As far as time with friends, that’s something that have inched into month by month. At first, we did allow Addie to play for very short periods of time when she was hanging out with friends but then started really encouraging them more and more to “go and play”. Now eight months in, Addison seems very “settled in” and confident enough now in our new ways and in our reasons to let everyone know herself what our rules are at home. If the time comes that they may need communication of their own, Mark and I have both agreed to allow them “dumb phones”. These are actually becoming more and more popular and they are simply “old school” flip phones that would allow them basic communication without the million other things they can have access to on a smartphone.

I know that this will be a long road ahead but it’s a road that I am willing to take. I even look back on my own life and feel like I was so much more “productive” and “present” in life before smart phones took over the world. I actually did not even create my own Facebook account until I was 27 years old. I had started a new job as a trunk keeper for a kid’s clothing company and thought it would be a great way to advertise my new business venture. Little did I know that it would all eventually lead me to where I am today but I certainly don’t regret waiting so long to hop on the social train.

In creating this new rule for our children, we have also taken steps too as parents to put away our phones more. I take extended breaks of a week or more at least once every few months as well as dedicated phone-free time each and every day. Social media is now an integral part of my design/blogging career as well as in advertising our company so for us, ditching it completely of course is not an option. For me, it’s more a matter of wanting my girls to create their own vision of themselves and of the world before a screen tries to do that for them.

And it’s funny, the more I have shared this about our parenting on my IG Stories, the more positive encouragement I have received and the more information I have gotten that has truly sealed the deal for me as a mom. It has taken me a good 6-8 months to start sharing this on social because as a blogger I know that judgement is harsh and it was really just a private and personal decision for us as parents. Yet since that first day I mentioned it, the messages have piled in literally by THE THOUSANDS! I cannot even tell you how many teachers alone have messaged me about how different some children are these days. About how social skills are way down, attention spans are declining rapidly and cognitive development is so much more delayed these days. I even read an article in writing this post that screen time has directly been related to poorer connectivity in areas of the brain that govern language and cognitive control. Just some food for thought. You can simply type in “screentime effects on children” in Google and get a wealth of information!

Now onto the follow-up question I have been asked most. What do my kids do for fun? Pretty much just everything we did when we were young! From independent play time at home to game nights quite often as a family to play dates and outside time. Here are some of the toys/activities my girls are LOVING and  simple tips for transitioning to a technology free home…

*She wrote this list out for me and asked if she could include the Bible. Ummm… YES! Love her sweet heart!