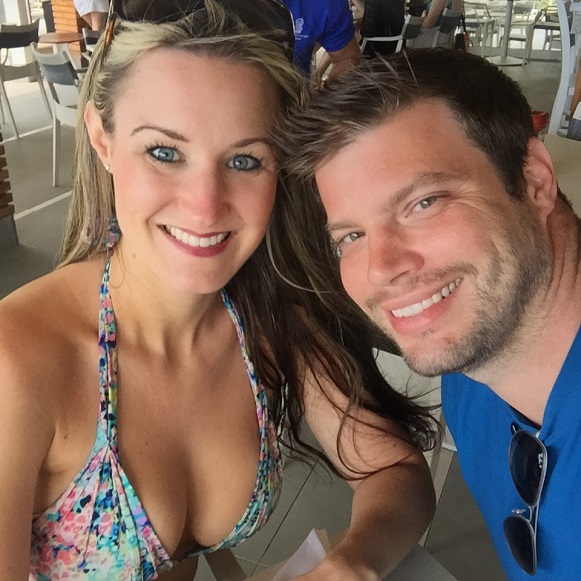 As promised, today I am sharing the second half of our recent adult getaway to the beautiful island of Puerto Rico.  Last June for Father’s Day, I purchased flight lessons for my hubby.  Little did I know he would absolutely love it and want to get his pilot’s license.  This is where I would insert the emoji with the straight face and the bulging eyes.  Yes, I obviously knew that’s maybe what I would get from my gift especially since he’d mentioned it numerous times.  I guess I just held on to the glimmer of hope that his fear of heights would kick into high gear and he would get the heck out of dodge.  I have however made my part very clear.  I will not ride on a small plane.  Ever.

And then we get to Puerto Rico.  The beaches were beautiful although the sand was a little darker than I imagined.  And the water was beautiful although it was so windy that the sand kept turning up thus making the water a little less clear.  No… I am definitely not complaining, rather just setting up the scene…

We kept seeing and hearing it everywhere… “Third Most Beautiful Beach in the World!”…  “Visit Flamenco Beach at Culebra Island!”… “Just a short flight away!”…  I mean, who can resist those words?!? 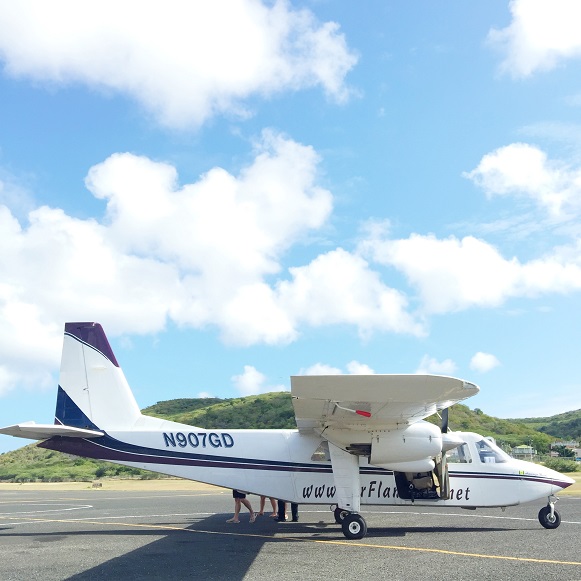 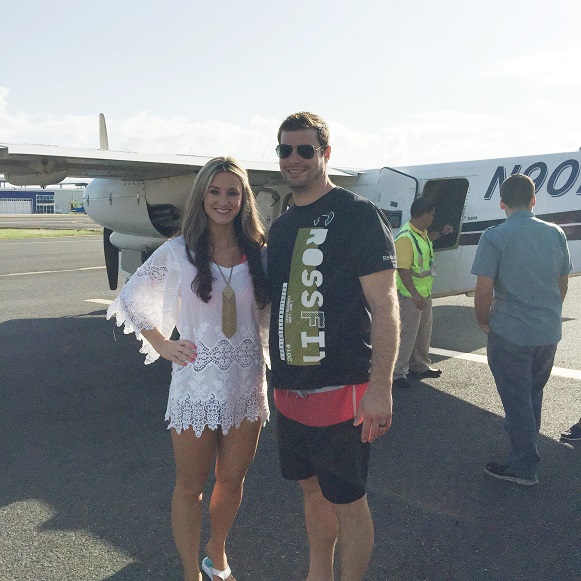 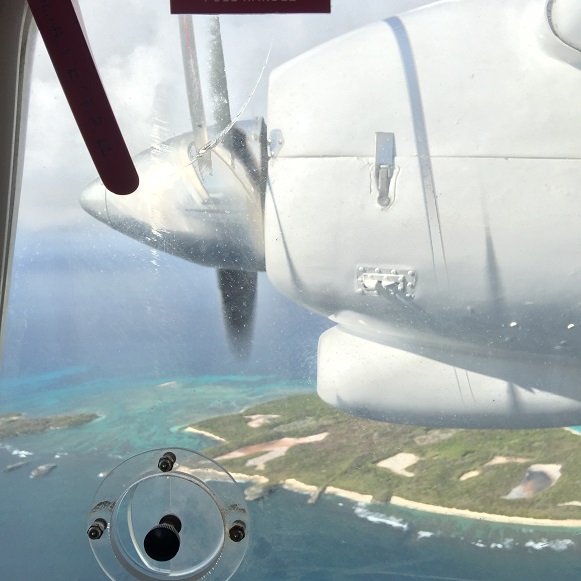 Yep, you guessed it!  I took the bait and jumped onto this eight passenger plane.  Eight passenger may sound rather “big-igh”.  Think less roomy than my SUV, narrower than my “wing span” and the only a/c is the popped window.  Insert that emoji again.  I was honestly terrified.  I am not going to lie.  We are in a foreign country, the airport was the size of our neighborhood gas station and there was a shackled inmate sitting next to us waiting for his flight to who knows where.  However, all horror stories aside, it was ALL worth it… 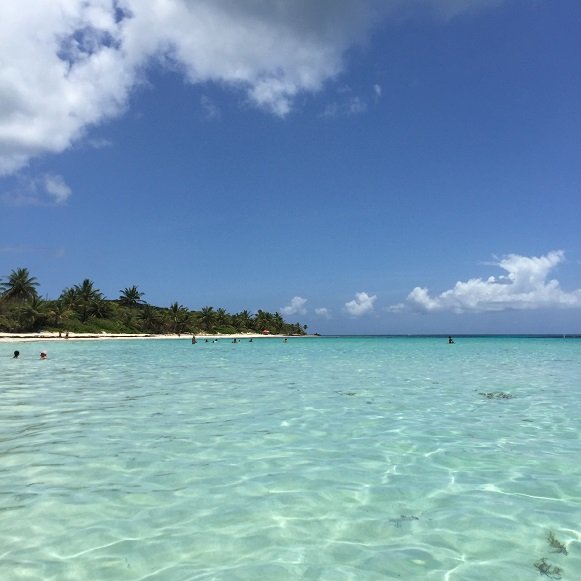 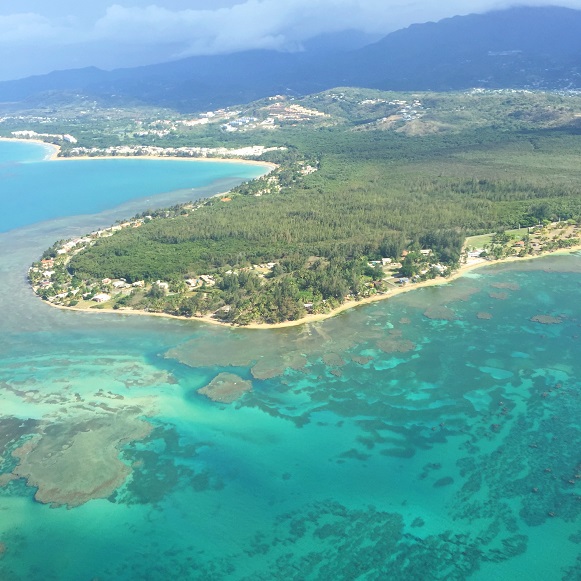 P.S.  Please excuse my iPhone vacation pictures.  I was afraid I’d lose or mess up good camera and I am too lazy to cart it around.  This also means I didn’t take a plethora of pictures either.  I am pretty much sharing everything I took.

So… we arrived at Culebra Island bright and early Tuesday morning.  We had met another couple on our flight and we decided to go in together and rent a Jeep for the day.  Once we arrived at Flamenco Beach, our day consisted of sand, water, sand, water…  It honestly lived up to every bit of it’s name.  The water was clear for miles, the sand was white and there was even a stunning turquoise glow radiating from the water.  I absolutely suggest adding this one to your bucket list… Flamenco Beach, Culebra.

At around 2pm we were ready to go adventuring so we found our new friends and chatted about snorkeling on the other side of the island.  I love the beach and being about waist deep in the ocean but beyond that, I am not a fan.  When we first arrived for snorkeling, Mark and the other couple rented their snorkeling gear and I offered to sit on the beach with everyone’s bags.  I am so sweet.  Hehe.  Then after they looked to be having such an amazing time, I decided to join the fun.  I walked over to the girl renting the snorkeling gear and asked for a set for myself.  Although this was a popular snorkeling hot spot, there weren’t any organized tours.  You literally rented the gear from the back of a truck and made your way down to the ocean.

I got into my gear, made my way to the snorkeling spot with Mark and was having a jolly good time.  We even saw and swam with giant sea turtles.  Pretty perfect day if you ask me.  And then I got beached.  Literally capsized onto a coral reef.  Mark and I had been making our way back to the part of the beach where I’d gotten into the water, and I somehow ended up in a spot that went from 10′ of water to 18″ of water in seconds.  With fins on and water too shallow to swim, I first tried sitting down.  Mistake number one.  I felt this intense burning on my thigh that literally shocked me off the coral.  My thigh was on fire.  Literally.  So then I decided to try and push myself off the coral reef with my hand.  Mistake number two.  I somehow tried pushing off with my left hand directly onto a black sea urchin.  Immediately the pain in my hand was indescribable.  There were black spikes sticking out of my hand in every direction.  Mark rushed over to me and we got out of the water.  By this time, my thigh was so red that it is turning purple and my skin was bubbling.  My hand was swelling and turning blue and I was kinda freaking out.  We rushed over to the snorkeling gear girl and showed her my hand and thigh.  She slightly laughed and said that I had happened upon the only two “dangerous” animals in the reef.  Meet my adversaries… 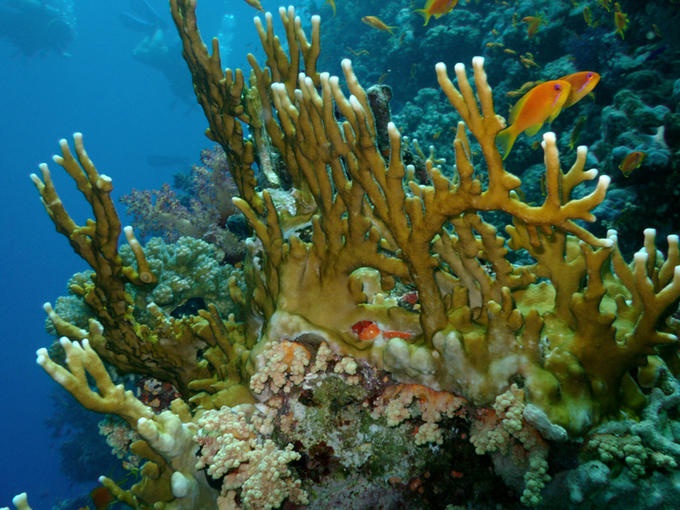 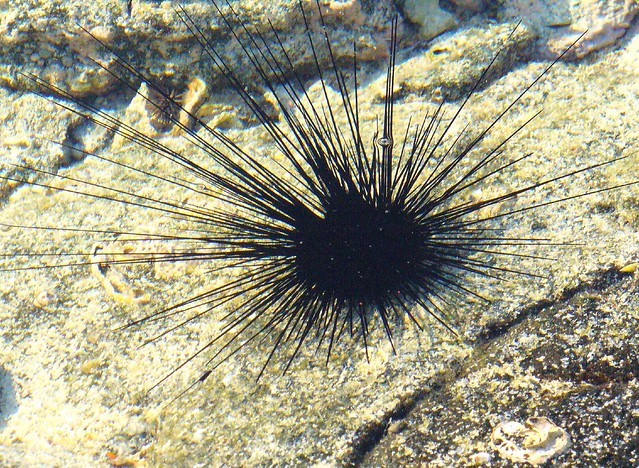 After thoroughly investigating my injuries, she assured us that the needles would dissolve in the next week or two (week?!?) and that my 3rd degree fire coral burn would get better as well.  For the sake of keeping this blog entry under a one hour read, I will bypass the part of the story where another local told us otherwise and we went to the Culebra hospital, only to find out that I was in fact okay.  I would not lose muscle function in my hand after all.

Moral of the story… Beware of coral reefs!

I do have to say, it really did take almost two weeks for the swelling to go down in my hand and for me to be able to bend my ring finger and pinky finger.  Not even lying.

As for the rest of our trip, it was amazing and I would absolutely suggest visiting Puerto Rico!  I even have two more recommendations for your stay.  First, BLT Steak at the Ritz Carlton.  Not only was the decor impeccable, the food was amazing!  So much so that we have scouted out more locations close to our home.  Their bread alone was worth the visit and I even snagged the recipe.  It was the most amazing bread I have ever had in my life and I am a serious bread connoisseur.  Here’e the recipe courtesy of BLT Steak…

Place the popover pan in the oven.  Heat the oven and pan to 350 degrees.  Gently warm the milk over low heat and set aside.  Whisk the eggs until frothy and slowly whisk in the milk (so as to not cook the eggs).  Set the mixture aside.  Sift the flour with the salt.  Slowly add this dry mixture and gently combine until mostly smooth.

Once combined, remove the popover pan from the oven and spray with non-stick vegetable spray.  While the batter is still slightly warm or room temperature (definitely not cool), fill each popover cup 3/4 full.  Top each popover with approximately 2 1/2 tbsp of the grated Gruyere.

Bake at 350 degrees for 50 minutes, rotating pan half a turn after 15 minutes of baking.  Remove from the oven, remove from the pan and serve immediately. 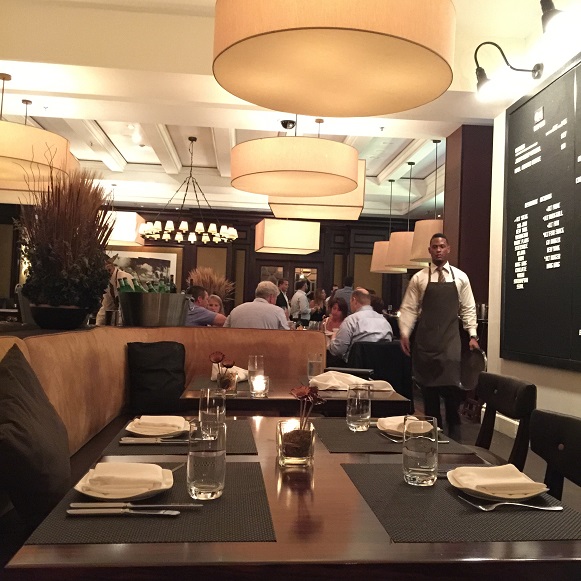 Secondly, you absolutely HAVE to dine at Oceano.  The restaurant itself was incredible, the views were amazing and the food was exceptional.  I think that about used up my thesaurus of “amazing” adjectives.  I do believe this image speaks for itself though! 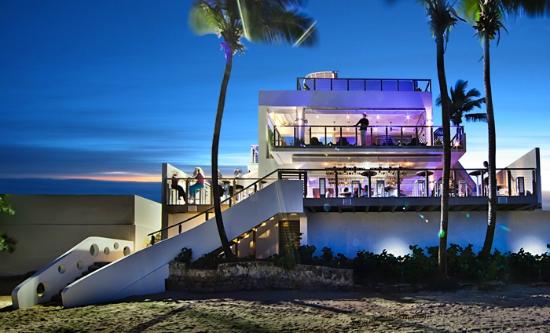 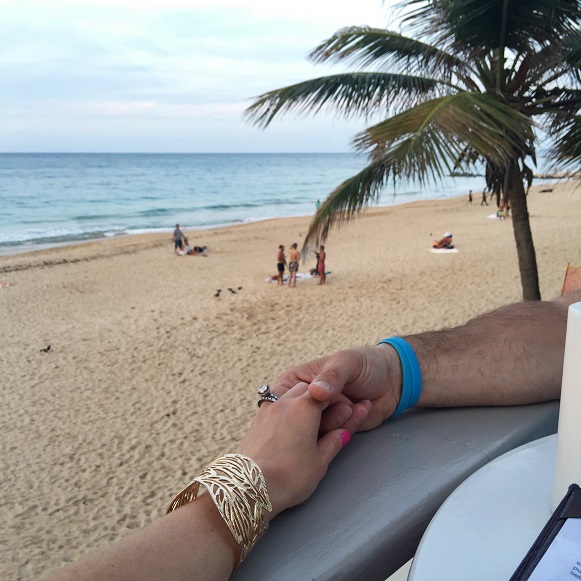 My home is celebrating it’s 113th birthday and A

Ever feel like you’re going to battle choosing a

Did a little rustic wood shopping over the weekend

My very own sidekick WONDER WOMAN 👊🏻 This gi

This error message is only visible to WordPress admins 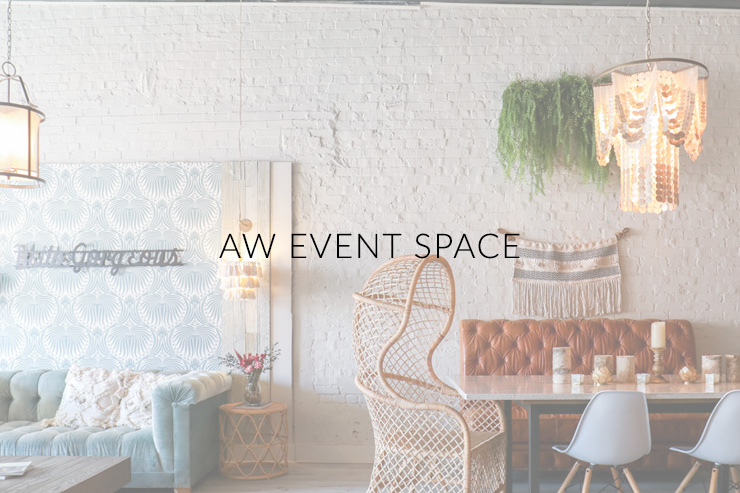 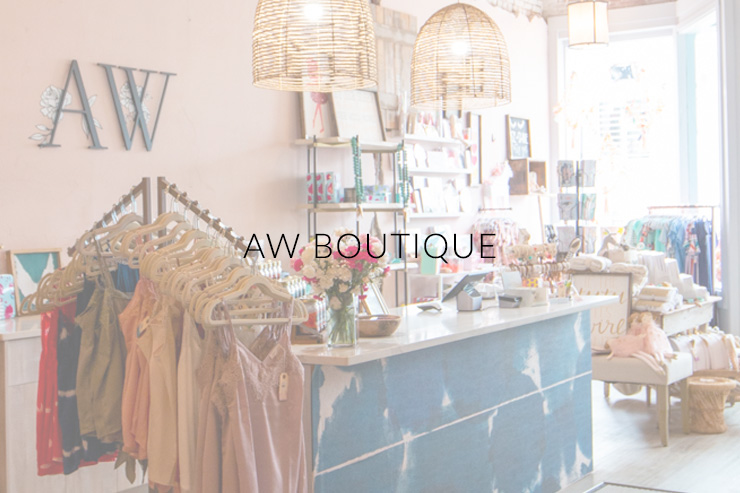