Who knew that organizing a refrigerator could be so oddly gratifying?!? I am not the cook of our household so besides sitting down to work at the breakfast room table or making my morning coffee, I pretty much consider the kitchen outside of my territory. LOL. The funny thing is that Mark prefers it that way. When something is out of place or he cannot find what he is looking for  (which lets be honest wifies out there, men cannot find ANYTHING EVERRR!!!), he gets a little anxiety. The problem though, and I love Mark to death, is that he is none too organized. He is wonderfully amazing at 1,789,943 things but being organized just ain’t one of them. Yes, we say “ain’t” in the South ;-). So while he was stuck in the Dominican with a lost passport this week (I told the whole story on my IG stories yesterday but I will tell you guys the story below so just skip the next paragraph if you already watched me tell it… a complete NIGHTMARE!), I decided to surprise him with a little kitchen organization… a clean and organized refrigerator!!!

Our first lesson of 2019…. NEVER LOSE YOUR PASSPORT!!! Last Tuesday Mark headed out to the Dominican Republic with our local builder’s association group for a little networking and a whole lot of fun in the sun. All was well in the world until Monday came around when they were literally headed out the door to the airport to come home and he realized that his passport was gone. Stomach dropping moment for us both. He called to let me know that they were tearing their hotel room apart looking for it but weren’t having any luck so I got online and on my phone trying to figure out another option for him to return home. Problem is that there weren’t any. Fortunately for our safety but unfortunately for him, getting into the United States without a passport is well…. impossible. He isn’t sure if he lost his passport or if it was stolen. Stolen passports are actually quite common in countries like that as I have now discovered and can be sold for around $4,000! Although he had a copy of it as well as his driver’s license, he was still 100% out of luck. We also found out that everything was closed that day due to MLK Day so any chance of him finding an immediate alternative option was out the window. $400 and another hotel stay later, he showed up early the next morning at the US Consulate in Punta Cana where his hotel was located but once again no luck. He waited for two hours past opening time on the front steps but no one ever showed up. He was able to get someone on the phone though who said he must go to the US Embassy in Santa Domingo instead which was a 3-4 hour taxi ride from Punta Cana. Not the safest country to be doing that in either I must add. He went back to the hotel, The Hard Rock Punta Cana which I must say was ZERO HELP in this situation, to gather his belongings and head to Santa Domingo. Several hundred dollars and four hours later, he arrived at the JW Marriott there. He was told to go online and book an appointment with the Embassy because you cannot just show up there. So he did and the first available appointment date was February 4th!!! O. M. G. We made some more calls and did a lot of research online and determined that he could fill out an “emergency request” form to request an earlier date and time. So he did and we waited for a response via e-mail. Later that evening he finally got one and and it was for the following day. Halle-freaking-lujah!!! He arrived at the US Embassy super early the next morning, paid a taxi to wait on him so he could try and rush to the airport afterwards if he received his temporary passport same day AND THEN he had to even pay someone to watch his things because you cannot take ANYTHING inside with you. There are literally women who sit outside and do this. Once inside he waited a while, was finally seen and was issued a temporary passport within about an hour. At least $2,000 later, YEP THAT MUCH (two nights hotel, new flight, multiple long taxi rides, new passport…), he made it back late last night and we couldn’t be happier! Do. Not. Ever. Lost. Your. Passport. Whew what a week!

I absolutely LOVE to be organized but I just honestly never find the time to actually do it. So this year I have decided to get myself motivated by devoting a ton of blog posts to organizing our home. A partially clutter filled one at this time I must admit.  I read the now hugely popular Mari Kondo’s book “The Life Changing Magic of Tidying Up” almost two years ago now on a flight back home from Portland, Oregon. I loved the idea and wanted to rush home and throw away absolutely everything BUT never actually got around to doing it. But now I am ready to GET IT DONE! To organize every square inch of our home. Every drawer, every cabinet, every closet and even our garage. Now that I feel our home is mostly “finished” on the decorating side, I am ready to declutter and get organized.

Yesterday Abigail and I got to work on our cluttered , messy and embarrassingly dirty refrigerator in hopes of getting it all done before Mark got home last night. Which we did! I will share his cute reaction on IG stories later today. I had ordered lots of organization stuff online, too much actually, and once everything was out we narrowed down what we needed to get it all organized and functional. Here’s a peek at our refrigerator “BEFORE” and now fully organized for UNDER $145! 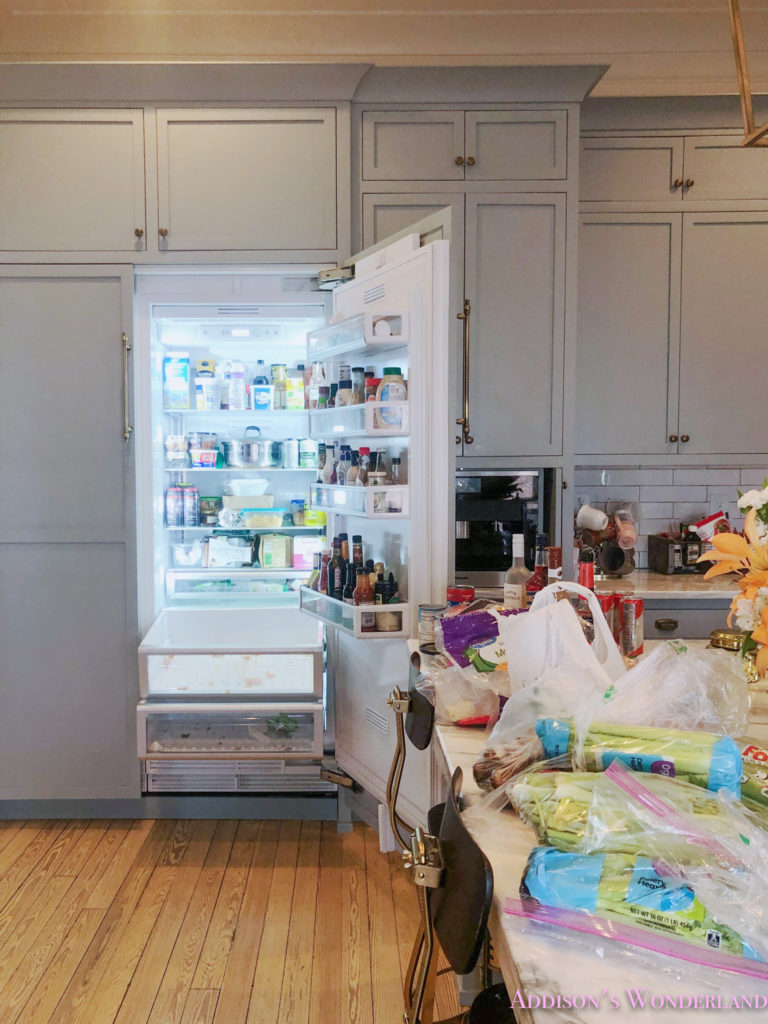 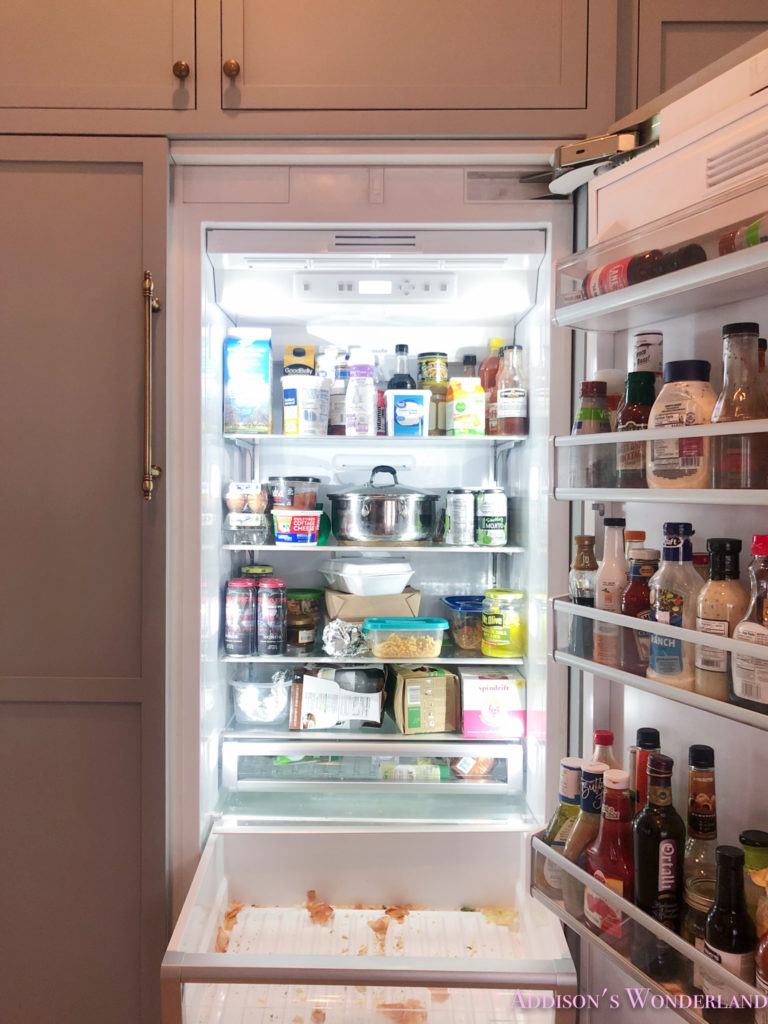 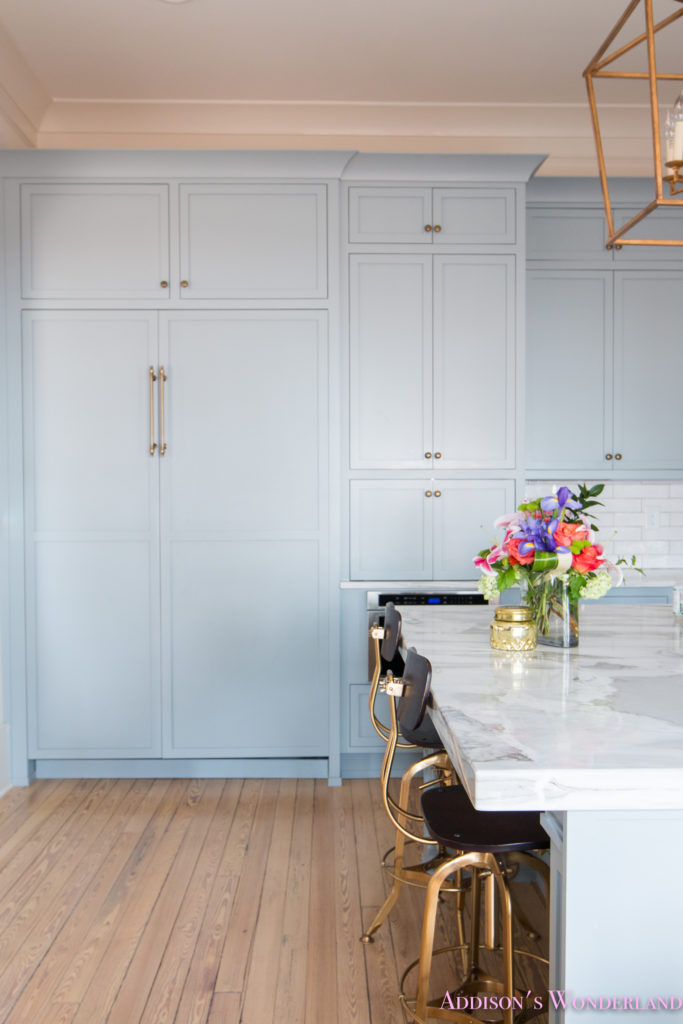 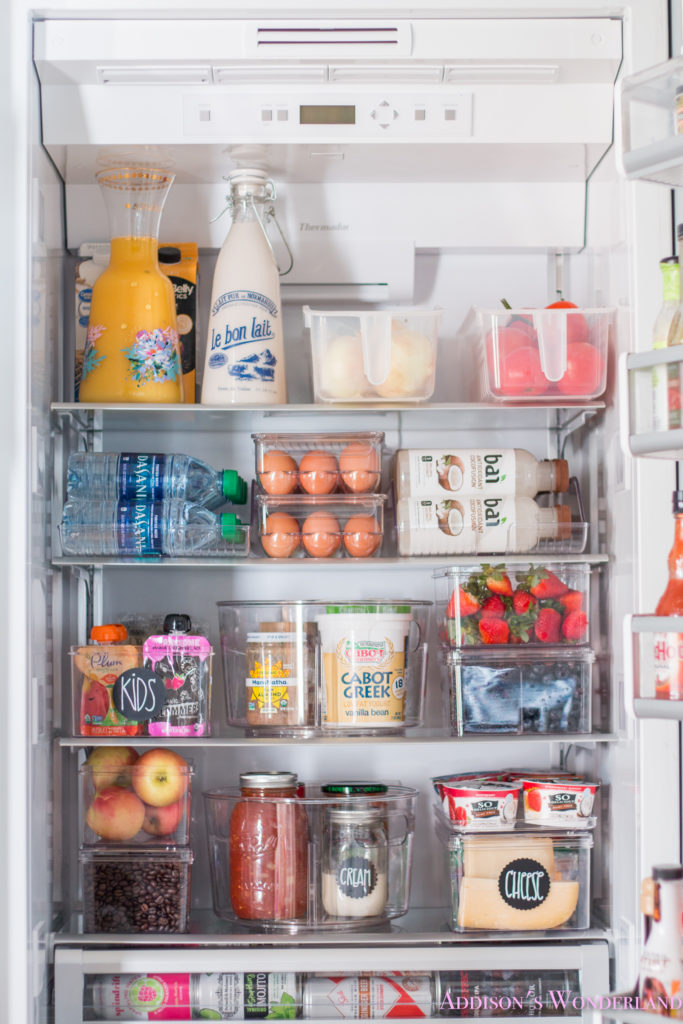 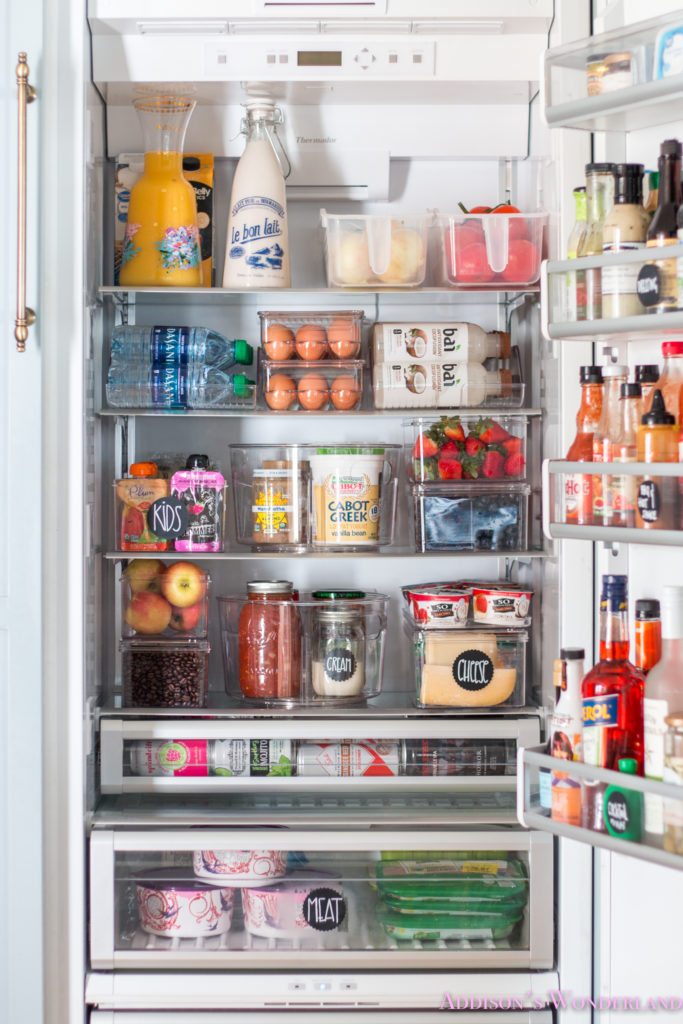 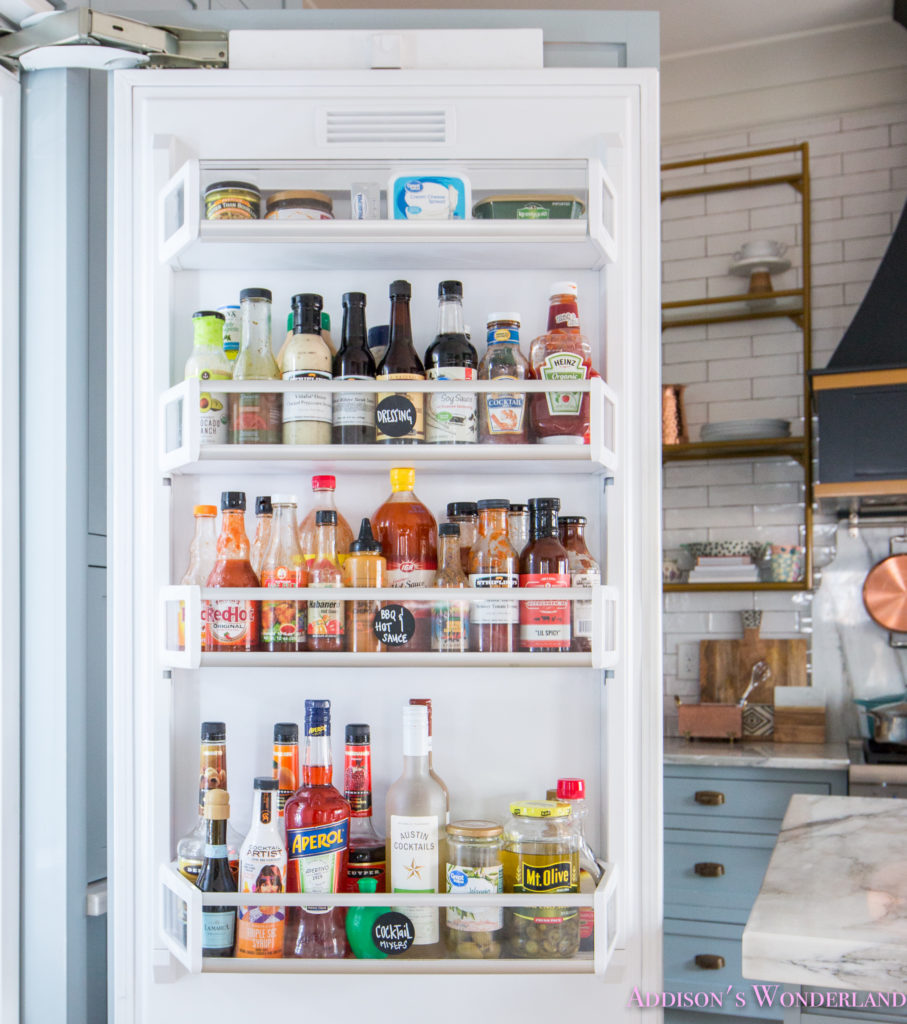 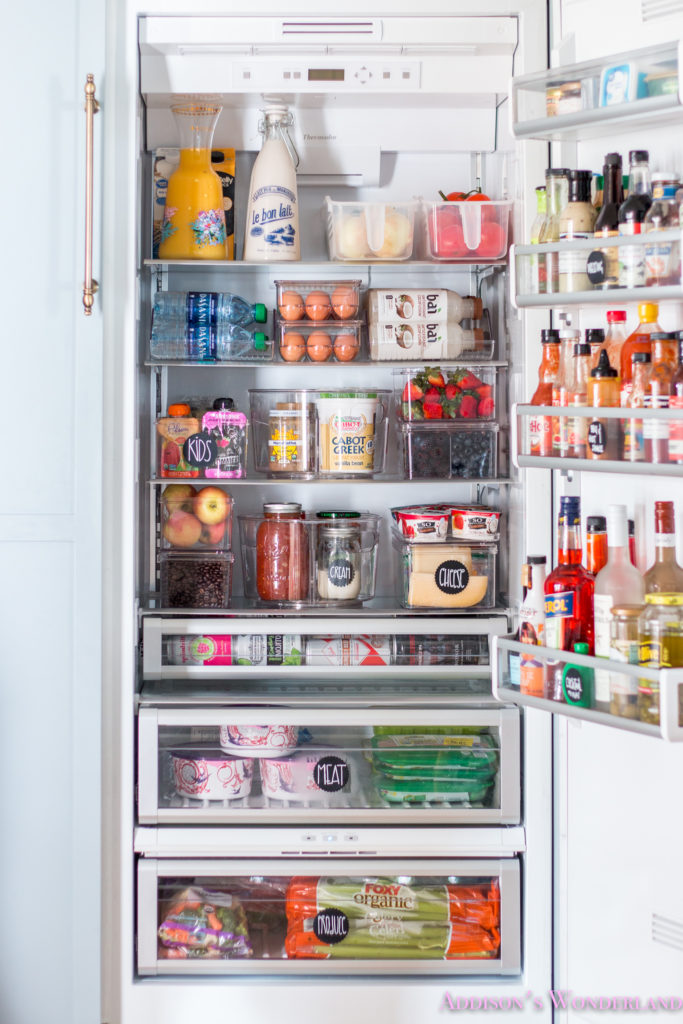 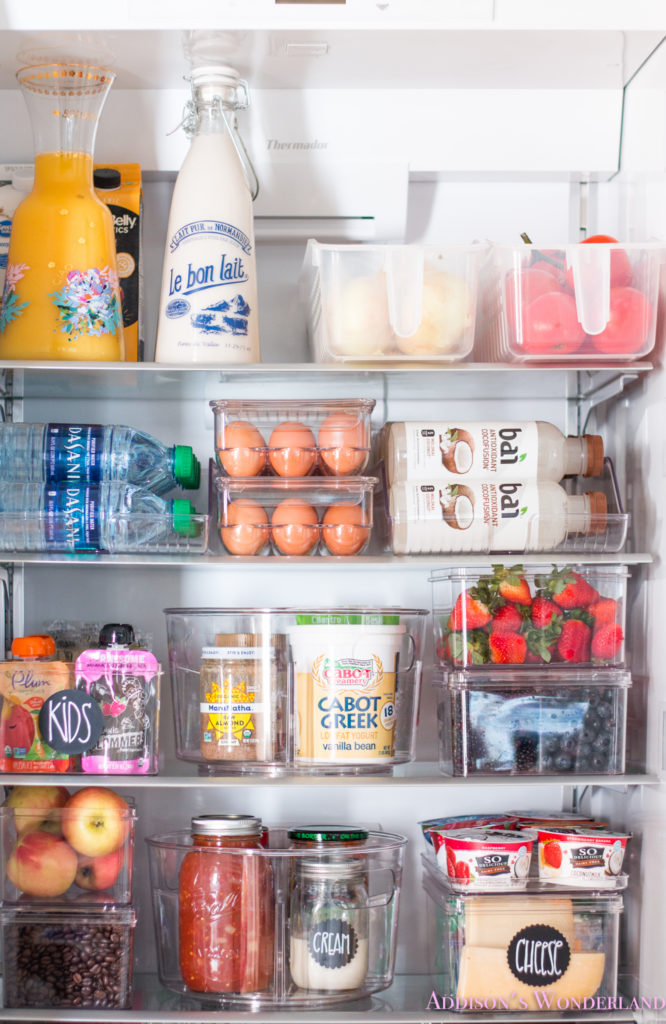 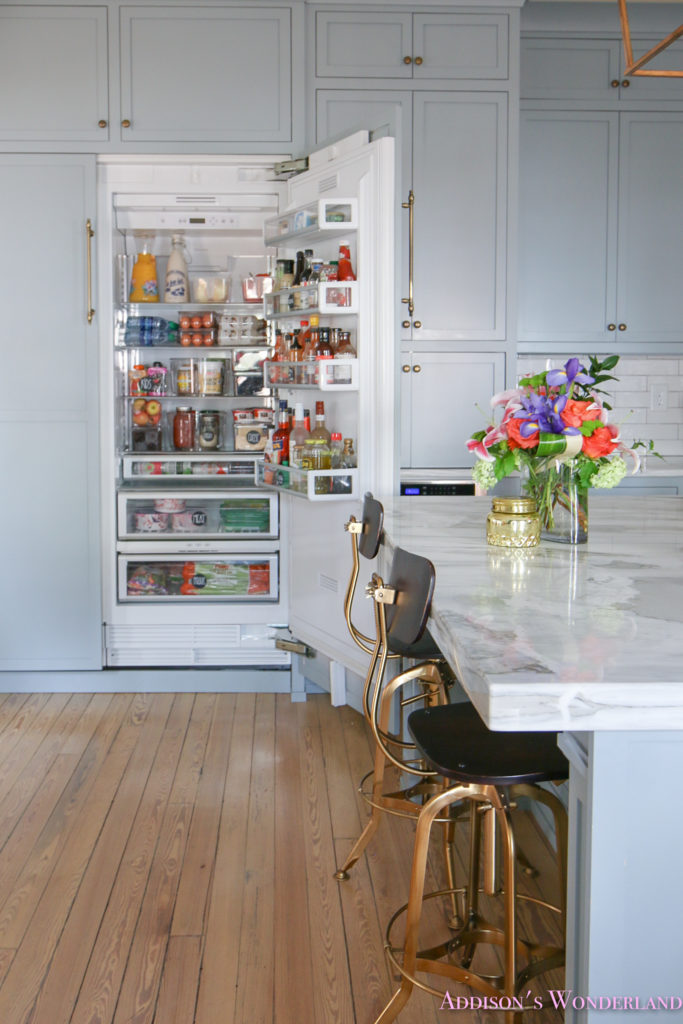 SHARE THISFOLLOW ME
« The Benefits I Have Experienced from Drinking Celery Juice Every Morning…
SEVEN Dressy & Work Outfit Tops for Women all UNDER $28! »